Yay! No head slump in the Argos!!

This time anyway. I hope it stays that way because I really am loving this seat. It is so quick and easy to install, LOVE the no re-thread harness, it just fits Nour so well, and that Eliza cover is just too cute! 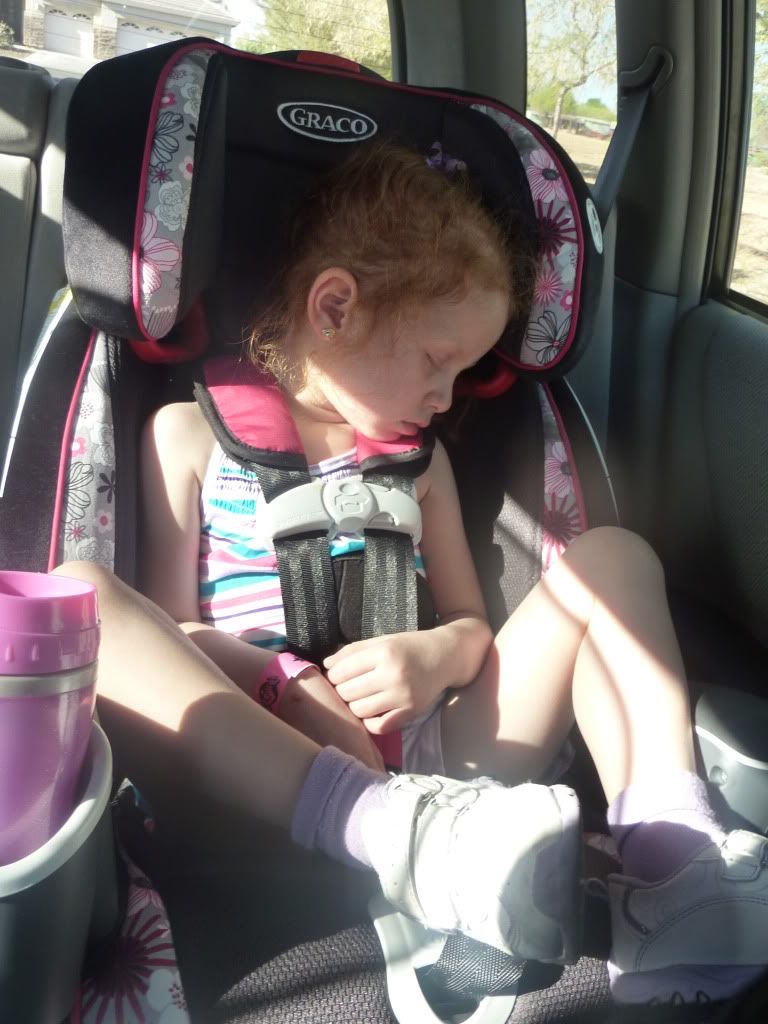 N must have had a growth spurt because I had to move the harness straps up and had to move the crotch buckle to the outer position! I also noticed that she wasn't swimming in the size 3T CP outfit I had bought and put on her today (the one she is wearing in the pic). Katelyn is 14 months younger and she is in a 4T, so N is a peanut!

Wish I could say the same about head slump in the FR85 today for Zain: 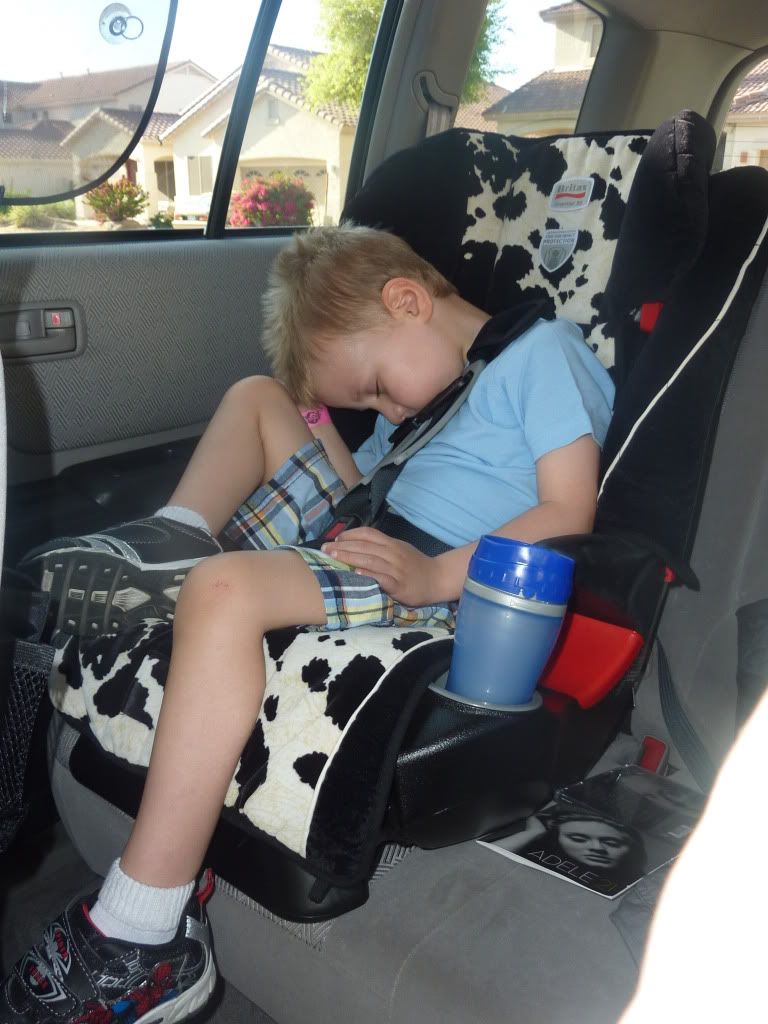 It's been a month or so since he last rode in the FR85 and after I snapped this photo and as I was getting him out, I noticed the harness straps were just barely above his shoulders so I moved them up about two clicks higher. I think Z must have grown again as well! I can't believe how long and skinny his legs are now! I don't know how tall he is but I did weigh him tonight after his bath, and naked he was 35.3 lbs. I guess he would have only recently outgrown the TFP for RF that he used to ride in. He is 3 years, 10 months now. I will measure how tall he is next weekend when we take him to his first major league baseball game!

Thanks for sharing! I hope J doesn't have any head slump in his Argos too.