bobandjess99 said:
OP - would you ask your older child which seat, of the ones he still fits in, he prefers the best and why?
Click to expand...

Sorry, this got long... A wanted me to show you the booster mode as well. The hazards of asking a very talkative 6.75 year old his thoughts.

He loves the Frontier the best...
-cushy
-can cross his legs in the seat
-like the look of it
-easy to sleep in with the head wings

He did not like the GN... found his shoulders/arms to be squished (and he has a small frame), he was also not impressed that he couldn't cross his legs in it.

He sort of liked the TF... liked the width of it, but it was fairly reclined FFing (more than I'm okay with) and he complained that his legs would get sore from the position they were in.

He was okay with the EFTA... not super impressed because of the high base.

He doesn't like the MA... did when he was under 4.5, but as soon as we moved him in to the Radian (when he outgrew the MA); he discovered shoulder room (and the ability to cross his legs) and that's what it's been about with every seat since.

Basic theme with A... if it's got nice shoulder room and the ability to cross his legs, he likes the seat. The Frontier wins out in the harness mode.

Booster mode is a little different... the child his Parkway and ranks it above the Frontier. He tells me he likes the look of it better and he likes that the head wings are closer to his head... easier sleeping. Otherwise the Frontier wins out in booster mode as well.

Booster height pictures... and even though the Parkway and Frontier pics were taken this past summer, his torso stats have not changed... he's just been growing in his legs.

A in the GN in booster mode at maximum height... 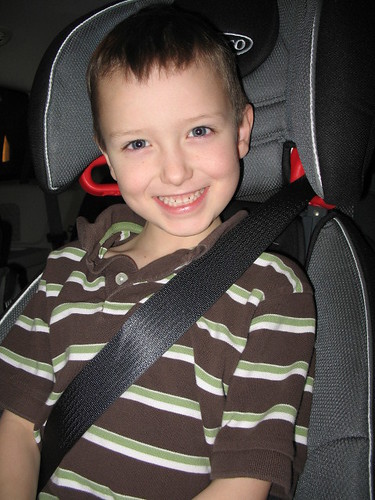 A in the Parkway at maximum height... 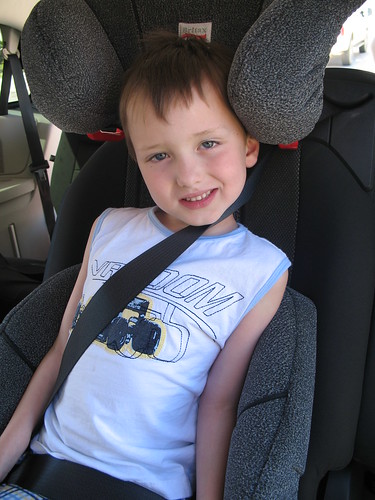 A in the Frontier in booster mode at maximum height... 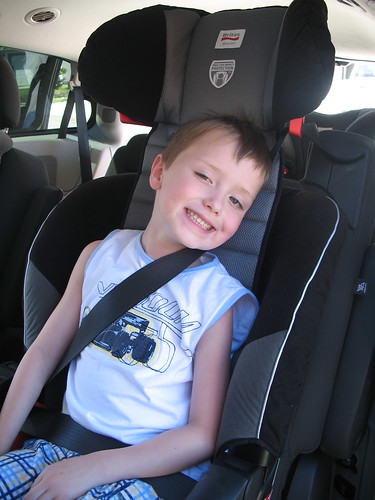 My thoughts...
I'm still only comfortable with telling parents that the Frontier is definitely the last seat they will need. The GN is just too narrow/squishy in the shoulders and thighs to comfortably tell a parent they won't need to buy another seat when their child is older/bigger.

The adjuster did glide very smoothly (but so does the Frontier). Bottom line (especially for the Canadians with only a $30 difference), the extra price on the Frontier is more than worth it for the extra features/comfort/longevity (9 years for the entire Frontier vs. 6 yrs harnessed/9 yrs boostered GN).

I fear with the narrowness of the shoulders in the GN that parents will skip straight to the no back booster mode just to have more room for their big/older kids and that's not always the best idea or even feasible with some vehicles.
C

I was waiting for the those pics... finally found the thread, LOL. Just wanted to second what CDNTech said... I think the Frontier is worth the little extra money. Aiden isn't a huge kid and he looked squished in it to me. My DS is only 2 and 30lbs, there is no way he would fit it at Aidens age.

Off to do my new favorite activity... returning carseats