Thumbs up for Southwest re:extended rear-facing

Mitchell turns three next month and not one flight attendant gave him a second glance rear-facing on their flight. One flight attendant helped me carry the beast off the plane dubbing it "the heaviest car seat in the WORLD!" She also helped me install it. She was awesome. In fact, everything about our Southwest flights were amazing. Snacks, song and dance, stand up comedy...lol! Great trip!

However, I did have a terrible time uninstalling it on one plane and would definitely ask for a belt extender next time. On the short FFing flights, he didn't complain about the buckle being in the center of his back, but I would think it would be uncomfortable on a long flight. Not sure you could work around that with an extender. 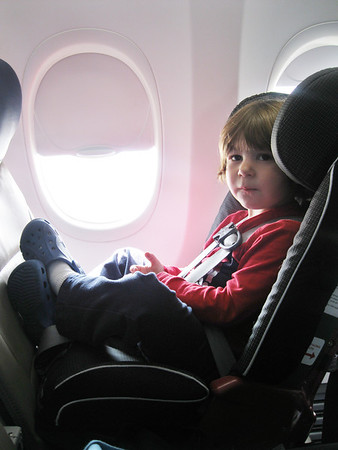 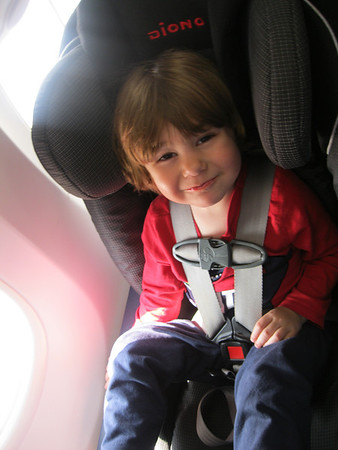 It was also easy to transport on my City Mini GT with the belly bar. And the kid could still use the stroller. 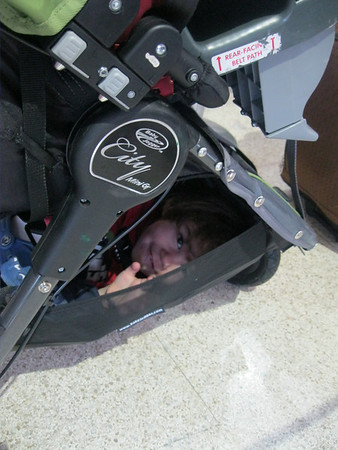 I've always had good luck with Southwest. Even when they've questioned me about rearfacing, a quick reply of this is how she rides in the car has been enough to stop any further questions.

I was asked once about the radian ffing when my oldest was 4ish? Since I brought it on folded and unfolded it in the seat, the flight attendant told me she didn't think I could use it on the plane. Quick show of the stickers was all it took. She'd never seen a folding carseat before- which would make sense since at the time it hadn't been out a year yet.

I tried a belt extender with a FF Radian on a Southwest flight once and it didn't help at all.

stephpook said:
I tried a belt extender with a FF Radian on a Southwest flight once and it didn't help at all.
Click to expand...

The cover easily comes off at the belt path to expose the buckle.

T4K said:
The cover easily comes off at the belt path to expose the buckle.
Click to expand...

We're not talking about ease of unbuckling. We were just hoping it would get the buckle out of the middle of their back. Or are you saying you can adjust it easier and maybe remedy that when looking at the belt path?

keri1292 said:
We're not talking about ease of unbuckling. We were just hoping it would get the buckle out of the middle of their back. Or are you saying you can adjust it easier and maybe remedy that when looking at the belt path?
Click to expand...

Oooooohhhh. Ok. Yeah, I stuck a blanket behind her.

I didn't have anything to pad it with so I just figured I could flip him rear-facing if he complained. We FF'd on the hour and a half flights to keep him awake for the long ones. He loved using the lap tray. Such a perfect fit with the RXT.

I've flown cross country with the radian ffing and my kids never had a problem with the buckle being behind them. The plastic guard on the back of the cover seems to protect them pretty well from the plane buckle. A buckle extender will still leave a buckle behind their back.
Share:
Facebook Twitter Reddit Pinterest Tumblr WhatsApp Email Share Link