Out board seats installed with latch and middle seat with belt and 3 belt stock twists. 2 FF seats have top teather aswell.

Also in the same vehicle.

Same installation as above only MA didnt need any belt stock twists.

Not checked by a tech but all tight individual installs! 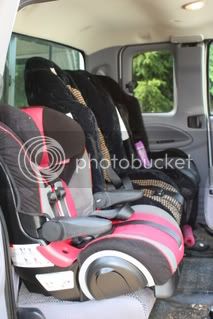 My first three across!
'04 Acura (I think)
all with seatbelts...
rf Eddie Bauer Convertible
rf Radian (not tethered)
ff Radian
not checked by a tech
T

Thanks to everyone for all the help. The center seat is not fully installed yet since I will not start needing it till September but I am happen to be able to fit all three and seem to be able to have space to buckle the boosters 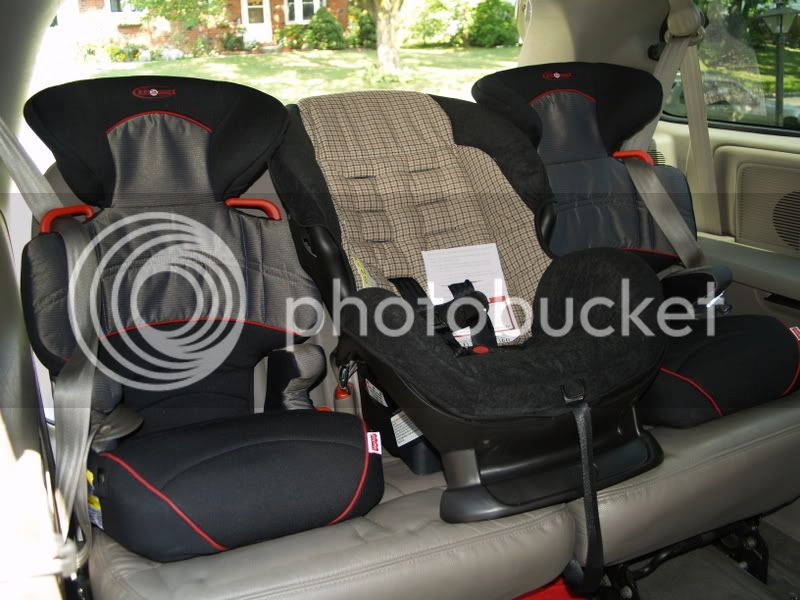 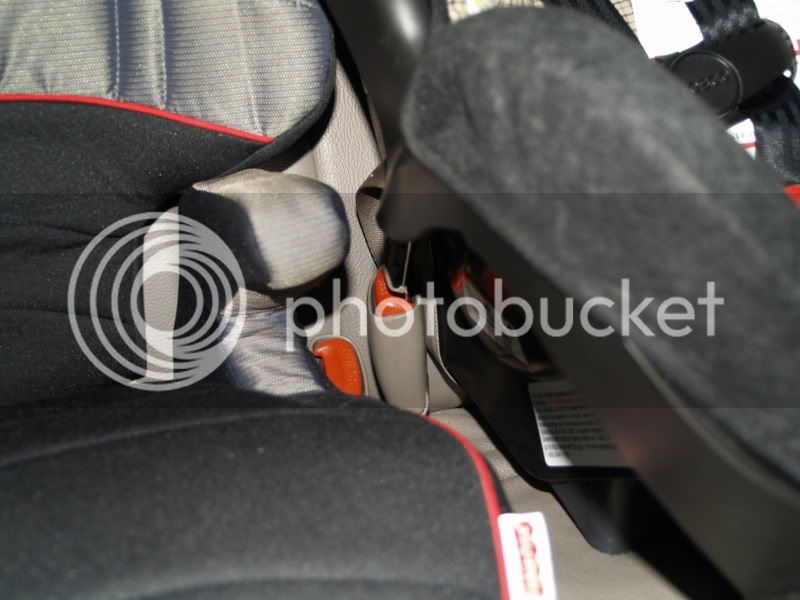 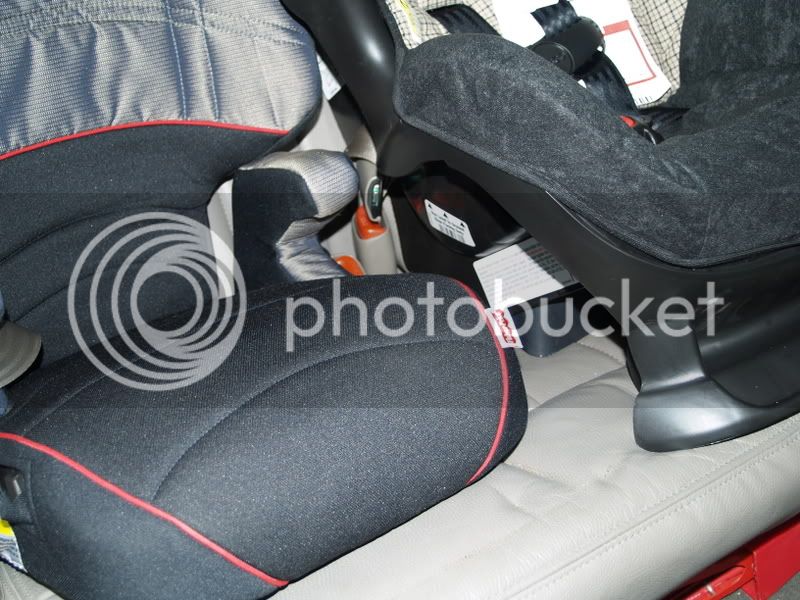 All installed with seatbelts.
All tethered

Not checked by tech.

All installed with seatbelts
Radian and Boulevard tethered

Not checked by tech. 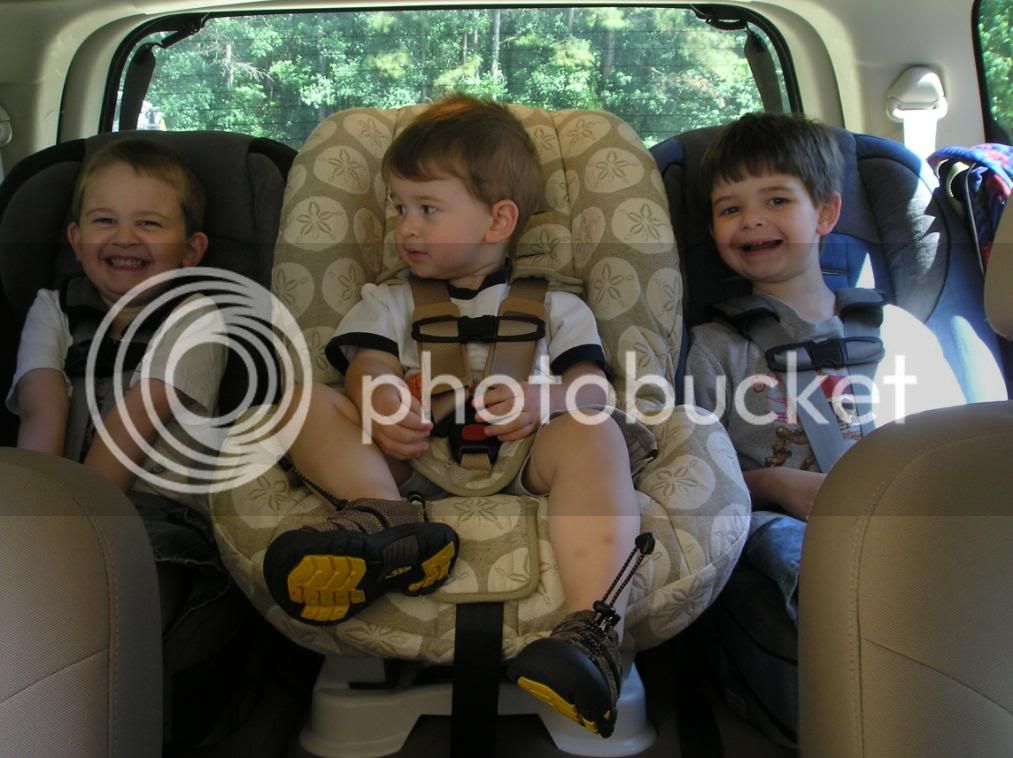 Other Installs on the 3rd Row:

I haven't had a chance to see if I can get the Marathon RF in the 3rd row, but that is my next adventure and I will post back if I do.

all rock solid but not checked by a tech
M 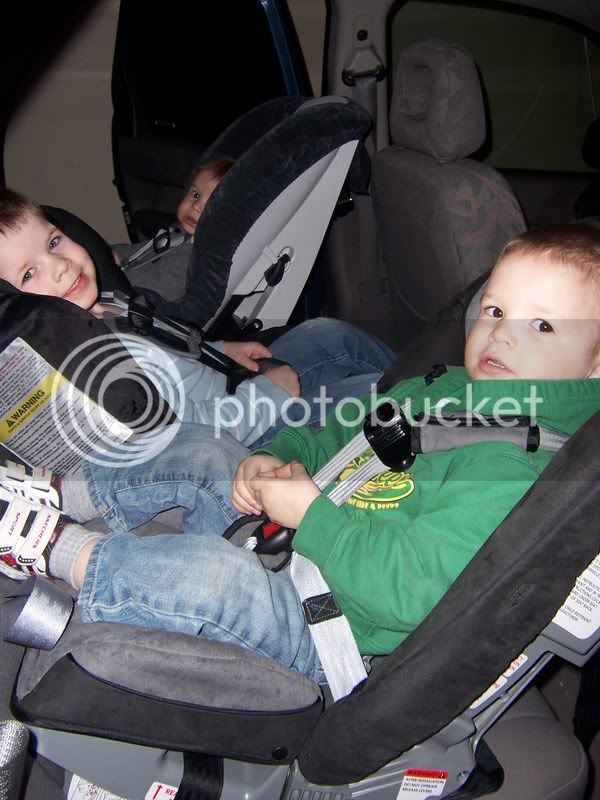 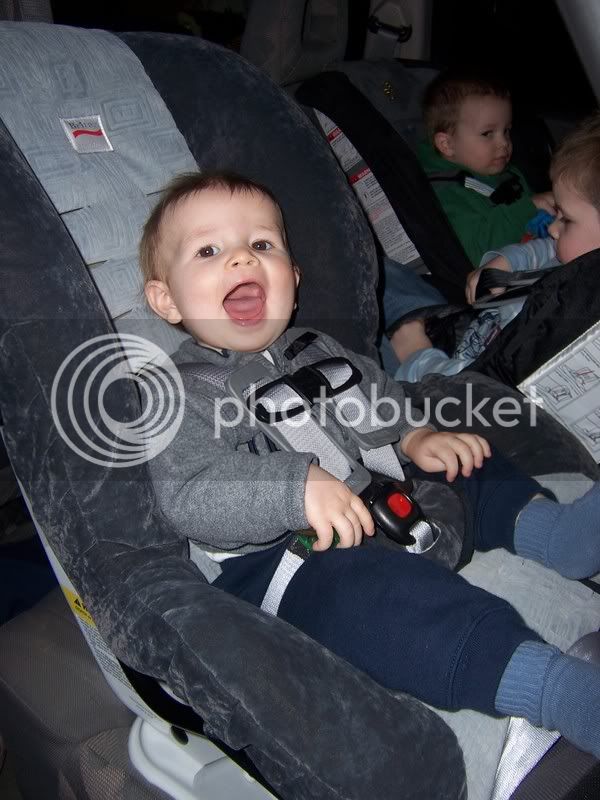 I've also done this one- I don't have a picture yet, we just got the nautilus last week.
SK Radian 65- RFing/FFing LATCH
Graco Nautilus- seatbelt
Britax Marathon- RFing

Both configurations work really well, but I like the first one better. The sides of the nautilus and the marathon push up against each other quite ackwardly. they are both tight installs, but I just prefer the regent in this combination.

I haven't had it checked by a tech (except in pictures online) but all three have tight installs with other seats removed.

I am not a tech, but all seats were verified by me to be independently installed. All are seatbelt installed.

The shell/lip of the Scenera puzzles on top of the FPSV booster's armrest, but it isn't a tight fit, and it isn't hurting the install. :thumbsup: I've had it looked at by more than one long-time, trusted tech, and all gave it the thumbs-up.

A booster in the center of the Focus will cover the driver's side female buckle stalk, making it difficult/possibly unsafe to use anything but LATCH in that spot when there is a booster in the middle. Even when the FPSV booster is on the narrowest setting, it still touches that driver's side outboard buckle.

I also easily fit a Graco TurboBooster outboard passenger side in place of the Nautilus, with plenty of room to buckle both the Turbo and the FPSV booster in the middle (not moved from the location it was sitting with the Scenera in place, so I know the Turbo/FPSV booster/RF Scenera combination would work, too).
Last edited: Sep 6, 2011
M

Even though, looking from the front view, it appears that the FPSV booster is too wide, and is covering the outboard female buckle stalks, the design of that booster makes it all work. The way the seat is shaped, curving forward by the buckle stalks, near the back, with armrests set slightly forward, makes accessing the buckles do-able, and eliminates my worry of the booster accidentally releasing the driver side outboard and center buckle. We tried several other boosters in this spot (Evenflo Big Kid, Combi Kobuk, Graco TurboBooster), and none worked; they all pressed on the seatbelt buckles for the driver side outboard spot, and the center buckle.

It would probably work easiest to put a harnessed seat in the center, but I'm trying to keep my boostered child in the center if at all possible.

The RF Scenera could also be installed with LATCH, which I would actually be more comfy with, just so I wouldn't have to worry about accidentally unbuckling it when messing with the booster in the middle.

The FF Radian could technically be installed using LATCH, as well, and I'd be more comfy with that for the reason stated above, but in my vehicle, the child who would be using this seat is over the LATCH weight limit, so it has to be installed with the seatbelt. Still, because of how the booster is curved, I'm not concerned it will accidentally release the outboard buckle.
Last edited: Sep 6, 2011

Surprisingly, the RF Radian worked just fine in my Focus. Maybe not for the tallest of folks, but for me, it was just fine sitting in front of it. Also surprisingly, using the Radian RF outboard passenger side instead of the RF Scenera from the previous post gave me less room to buckle the center booster. Totally not what I expected.
Last edited: Sep 6, 2011

In these pics the Scenera and EFTA are just sitting on the seat, not installed, but I'm confident they could have been. We played with carseats for four hours yesterday, and the kids were getting tired. The Radian is installed tightly.
Last edited: Sep 6, 2011

No pics, but I just did:

Does that count because 2 of them are boosters? LOL

I couldn't do it in my 05 Grand Caravan SXT, though :thumbsdown:

in a ford escort i did

it is a bit hard to buckle in the boosters but i would rather do that than have one of them not in a seat. 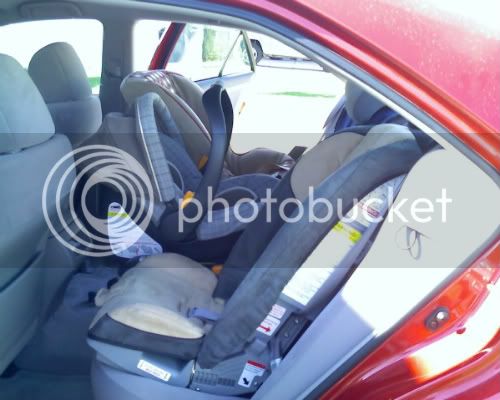 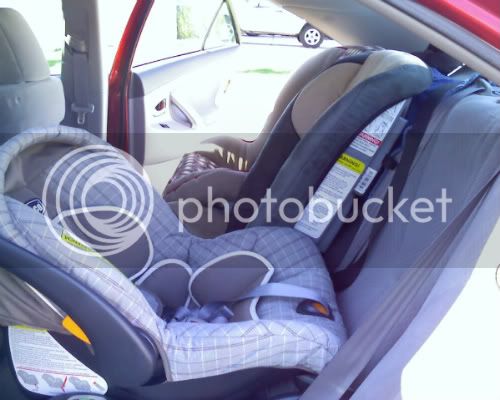 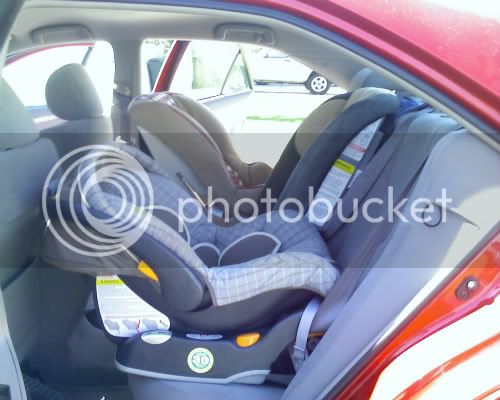