No pic, was really wanting to do this next install! 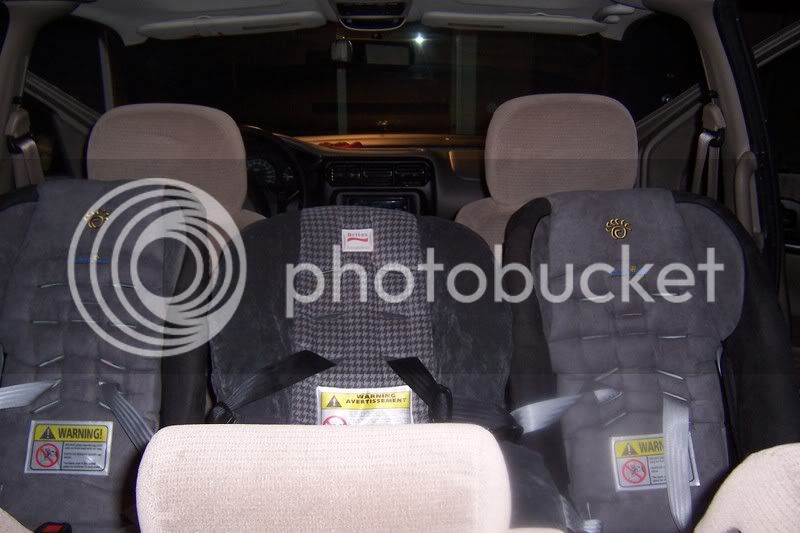 * can't remember how many years fisher price seats are good for?

No pic, was really wanting to do this next install!

starting at drivers side......
SS1 w/o base, RFing Radian, RFing radian

not checked by a tech. The base wasn't handy at the moment. I know you can install it without as you can the SR. So I installed it and was surprised at the amount of room I would still have so I am sure the base would fit as well! 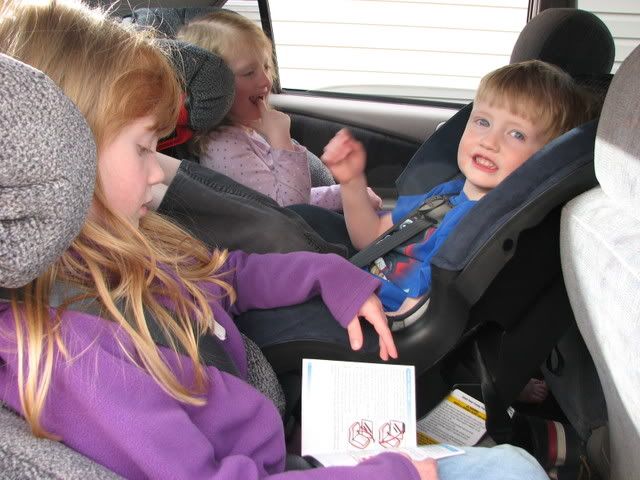 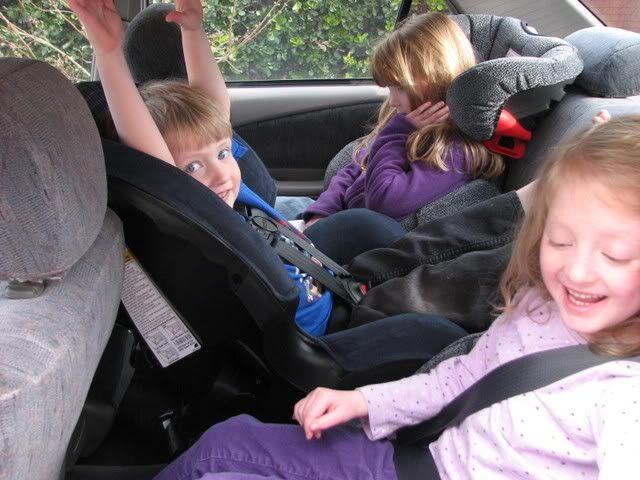 Not checked by tech. GN was rock-solid. TB's had to be pulled out to buckled, then pushed back in & were touching the door on both sides. What a circus getting everyone in! I'd never use this config in this car routinely, but it worked in a pinch when our pastor needed me to pick up his kids from school.

I was suprised at how good everything fit! I took my sister in law shopping the other day and this was our set up. I was curious how my SS1 would fit, so when we got home I installed it in place of her Eddie Bauer one. It was a tighter squeeze and I wouldn't want to have to deal with trying to get the carrier in and out everytime, but it still worked great. Side note, I was shocked to find that my 22 month old still fit in the SS1! Don't know why I was possessed to take him out of it.

An Aurora said:
He looks like he has a good 2-3" of growing room to me.
Click to expand...

thanks! I knew it looked odd at my end. SEnding you a PM
M

Oh my gosh, I am new to this site and you ladies are AMAZING at what you can do with 3 across! I am super impressed.

I am adding my 3rd daughter to our family this July so I will have to join the 3 across fan club and this thread is SUPER helpful. THANKS!

Over the years I've had to do three across quite often. I'm trying to think of all the different cars we've had, and all the different seats. I'm coming up blank at the moment, except for a recent one of a Recaro Start, FF Radian (SB, no tether available), and Olli Clek (although the armrest to the Olli hit the side of the Radian and mashed the armrest in a bit). Plugging the Clek into the LATCH I end up losing a good inch, almost two, of space on the side of the seat, and it mashes the armrest into the Radian, bending the armrest inward a bit. It's also a PITA to buckle up.

One car I had (I think that was when we had the Buick, aka The Whale), I had a Futura in the middle and two Britax Laptops on outboard. Ummm. '95 Mercury Villager, Graco TB (high back), MA, and Graco TB (low back - for which I regret not using the back. We were in a collision and dd hit her head on the window).

Right now I have two Safeguards side by side in the back row (both SB, and one TT).

I was a tech for all of the above mentioned installs.

Very tight fit but the seats are all installed rock solid minus the regal ride not being tethered. There is only one tether hook available and no more can be installed.
Not checked by tech.

This vehicle is used for daycare. I rearranged the seats so we could fit a harnessed seat in the lapbelt only position. There are also two cargos in the second row that are used harnessed or boostered depending on who is sitting there.

3 Across the 3rd row of our 98 Pontiac Montana!
Not checked by a tech (yet)


Lex said:
All three seats are Radians and are installed with lap/shoulder belts. This is the only configuration that will work in this car. FF/RF/FF
I am a tech. 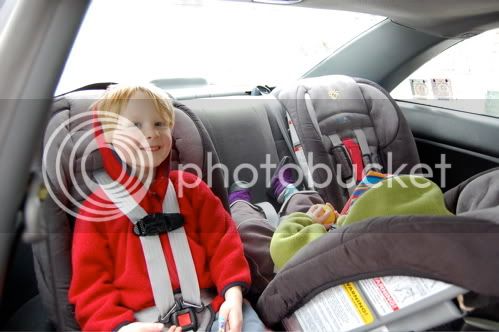 What car is this?

AHA! Thanks, I didn't realize it was a merged thread.
G