The Safety 1st Uptown is a 5 point harness seat that rear faces 5 – 35 pounds and forward faces 22 – 40 pounds. It has EPP foam and a well padded cover. The harness adjustment is in the front. It comes with an infant head support, harness strap covers, and a cup holder. It has only has one cover option, blue squares. The LATCH clips are the standard clips. The harness is all one piece that loops underneath the seat. The cover has elastic edges, so the cover fits over the edges of the seat like a shower cap.

I put it next to a Cosco Scenera for comparison, as a lot of people are familiar with that seat and it is more readily available. 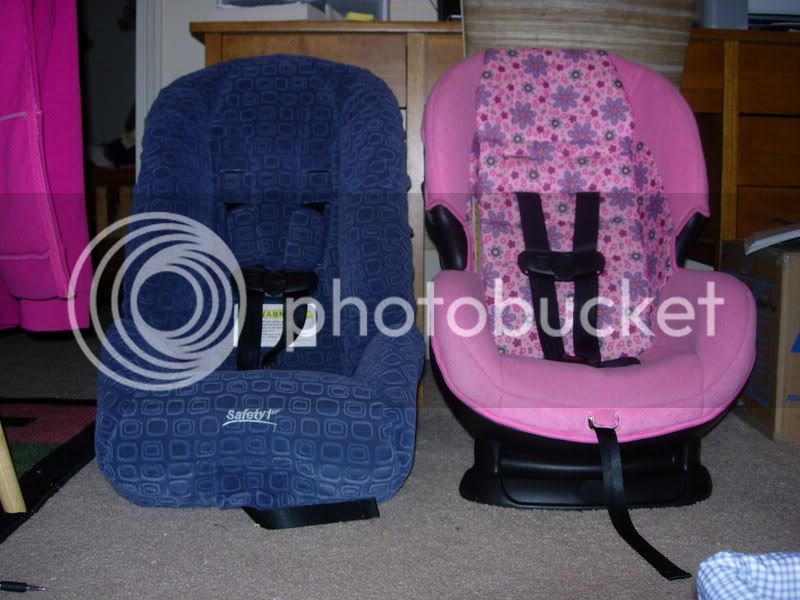 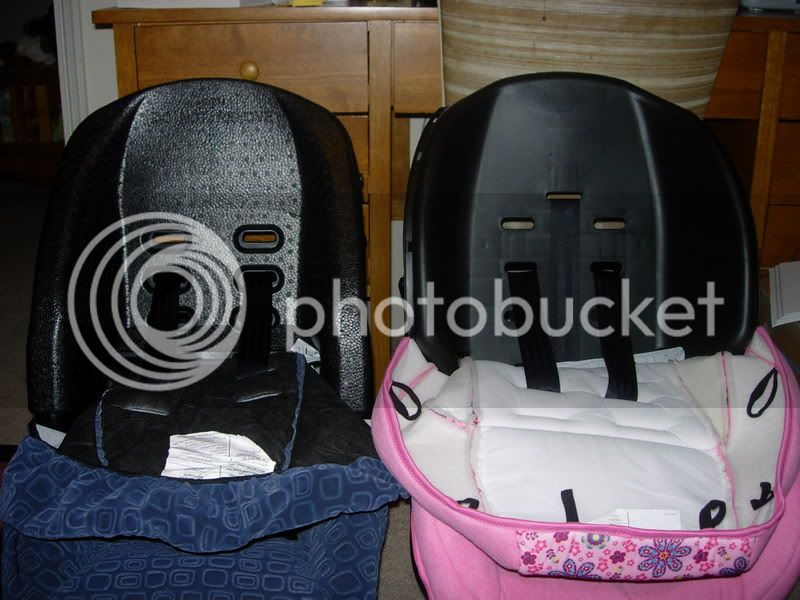 This seat has also been installed rear facing on 2 airplanes, a smaller twin prop plane, which I believe was a Bombardier Q200, and an Airbus A320 (I think that’s what it was). It fit fine width wise, needed the armrest in the up position. It was up against the seat in front of it, so that person was not able to recline their seat. 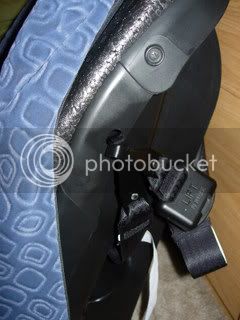 This seat has also been installed forward facing on 2 airplanes a Boeing 737-300 and a Bombardier CRJ-200. Both installations were very quick and easy, I had to keep the armrest in the upright position. I was able to get the tray table down, but it didn't stay very flat. If she was older (17 months) with bigger legs, I don't think it would have worked very well.


Personal Use and Observations

I purchased this seat in 2/2007 at Wal-Mart for $99. Its DOM is 12/2006, and it expires 12/2014. This was purchased for my then 3.5 month old daughter, who was nearing the top of her Graco SnugRide shell. My plan at the time was to use this seat as our primary seat for rear facing, then move to a higher weight harnessing seat when she outgrew the Uptown. However, I found a great deal on a Radian, so the Uptown is now our backup seat.

So, we used this as a primary seat for about a year. Even though it required pool noodles to get better recline angles, I never seemed to have difficulty getting this seat in or out of my car. It also sits down fairly low, not as low as a Radian, but not as high as a Marathon, so it was fairly easy to lift my daughter in and out of the seat. The seating area seemed pretty deep as well because it took a while for my daughter’s feet to actually touch the seat (or maybe she just has short legs!). We were able to get an adult passenger on either side of the seat while it was installed in the middle. I liked that it’s fairly lightweight and not too bulky, making it easier to move around and easy to carry for travel. I think the harness straps twisted on me once while trying to buckle my daughter in.

I have only a few complaints about the seat. First, like I mentioned before, I always seemed to need a pool noodle to get a good install. The one piece harness is a bit of a pain at times because I always seemed to be tugging back and forth at it to get equal tightness on both sides. When installed more upright rear facing, the harness adjuster gets somewhat difficult to reach, but not impossible.

When we starting using this seat, my daughter was 3.5 months, 18 pounds, 27”, and we started at the second slots, which she was just even with. Now, she is 16 months, 29 pounds, 32” with an approximately 12” torso, and is still using the second slots. She has always been big for her age, so I’m hoping that we’ll be able to use this seat until she’s at least 2 rear facing and at least 3 forward facing, hopefully longer. 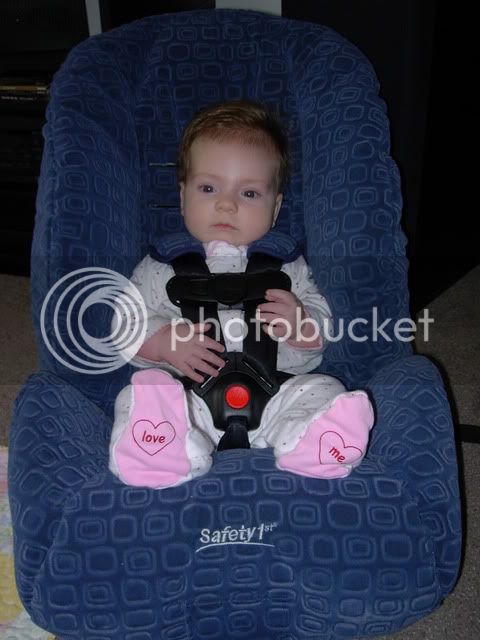 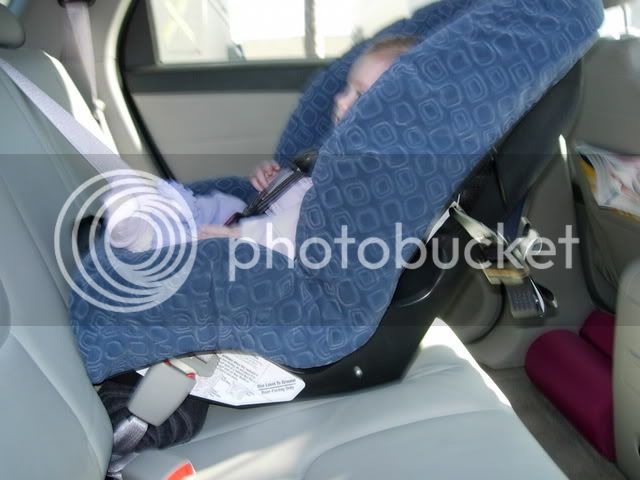 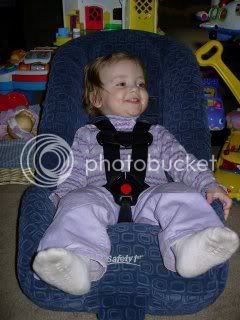 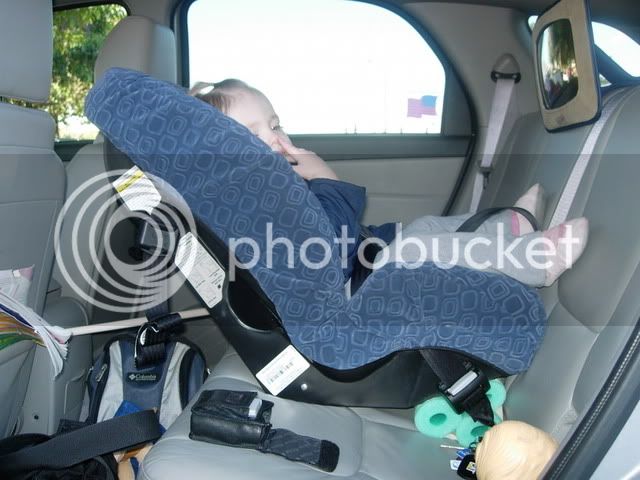 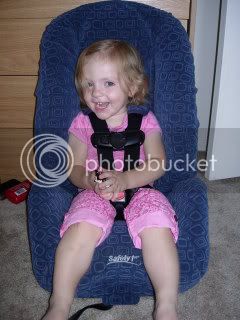 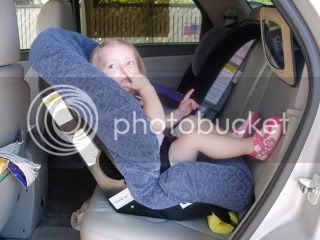 Overall, I have been very pleased with this seat. As much as I like my Radian, I miss using the Uptown a little bit.
Last edited: Jul 17, 2008

To further the comparison to the Scenera, here are the same measurements for the Scenera.

Please note: I took all of the following measurements with the cover removed. For the slot measurements, I gave the measurement for the bottom and top of the slot. There is approximately 0.25” of padding throughout the cover. All measurements are as accurate as I could get, I’m not a professional by any means!

Here is how my daughter looked in the seat at 3.5 months, even with the second slots 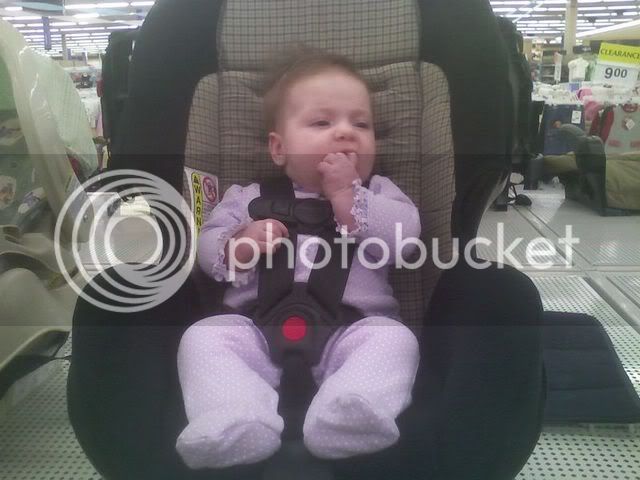 At 15.5 months, just even with the third slots 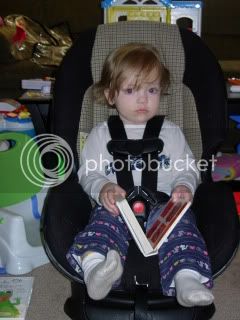 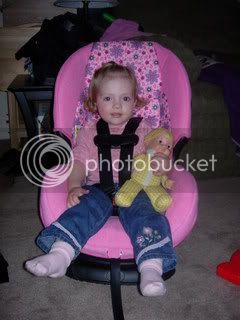 Since the harness adjuster is fairly low on the front of the seat, the question comes up as to whether you can access it when installed rear facing. In my experience, I haven't had a problem with it. There is an indent in the cover of the seat where the flap for the harness adjuster is, making access to it easier. However, if the seat were to be installed closer to 30 degrees or the vehicle seats were very straight, it would probably be harder to access.

The pictures below will give some idea of the access when installed in a vehicle.

Seat is installed in '06 Chevy Equinox. The other seat installed is a Radian 80. 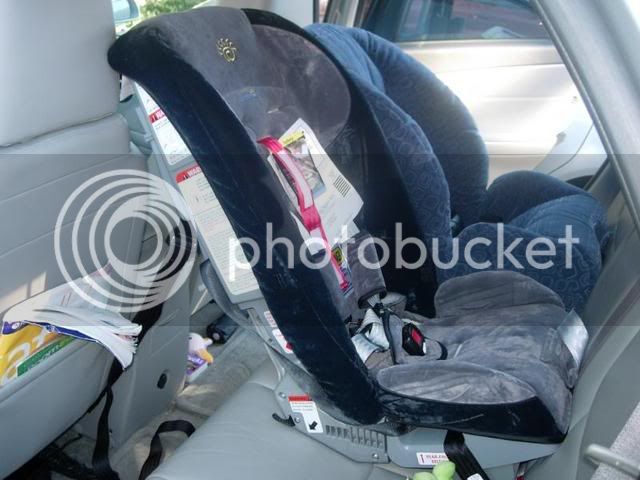 View with the flap up. Notice the indent in the cover to access harness adjuster 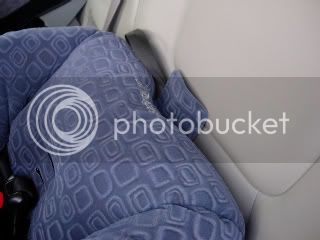 Close up of harness adjuster lever

That was a great review!
R