I just wanted to confirm that I cannot install an SR35 in the center of an 06 Aveo. I am fairly certain of not being able to borrow latch a center install. The center belt comes from the driver's side, and has two buckles on it. The first one latches on one side, then stretches over as the lap belt and latches again. It doesn't look exactly like the picture in the manual, but I am thinking it is a no under the combination lap/shoulder belt with retractor.
It's not too big a deal, it will be for my niece,and I probably won't have her in my car much (if it were going to be used regularly I would debate whether I still wanted this car).
Also, will this be an issue with most seats?

Jennifer mom to my 7

Can you check your vehicle manual? Most middle belts of the rear seats of minivans are like that now (I know the sienna is) and you can use that for a child restraint install. 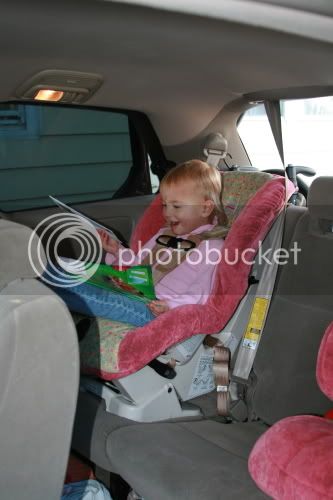 I actually don't have my manual. Never got it when I bought the car. I did find the manual on the web for an 07. I can't tell whether this is incompatible with the graco rules, however, but I did find that if I use the center position, the side positions become unusable (both belts and LATCH). I probably don't want it there in that case.

I think the Aveo actually prohibits center installs, but I can't swear to it.

The belt itself is not the problem.

Staff member
You may not want it there for the lack of side usability, but as far as I know there are no restrictions ever against that kind of belt. And you don't need to use LATCH, so a lack of center LATCH isn't a concern either.

How often do you need someone else back there? You'll probably find you need to push a front seat very forward to fit a SR35 behind it, so you may want it in the middle for fit, and move it to a side if and when you need to. It's a really easy base to install, so to move it would take about ten seconds.

I looked at the belt, which has directions on it for a center install, so it must be allowed. I was able to install the base in the rear driver's side seat without moving the seat up from where I need it, but it is very close. Should I expect it to take much more room with the seat there?
I'll need to go to the dealership and get them to lock the seat back in place for me sometime and never move it again since I can't do it. That is the 60 side of the split, so it effects the middle and driver's side.
Since I got the car in January, I have had a person in the back seat half a dozen or so times, and it would be rare that I would have her and any of those people with me. Most often it's the dog back there. He usually rides in his crate using the middle belt, but he rides in an immi pet buckle sometimes and in other cars. I assume it would be fine to put the seat in the middle, and secure him using the pet buckle to either the outer lower anchor, or to the tether anchor for the seat he is in.

Staff member
The seat will take up several more inches than just the base. Give it a try, but I don't think you'll be able to get it in there without moving the seat forward.

You can put the dog next to the baby, that'll be fine. Maybe put the baby on the 40 side and the dog outboard on the 60 side.