Is there any difference other than the LATCH and patterns?

I'm considering one for Abigail when she outgrows the height on her TB. My truck doesn't have LATCH so I don't need the SGL if there's no difference between the two other than that.

The arm rests are higher on one of them, making the lap belt fit different. But, I don't remember which is higher and which is lower. I just remember it coming up when the IIHS best boosters came out and one was on there and the other wasnt.
M

Ds3 had both and the fit was WAY better in the PWSG. The new shoulder belt guides in the SGL made the belt sit at the edge of his shoulder and the lap belt was too high. I constantly had to tell him to sit straight and get the belt back on his shoulder in the SGL. The only thing that was better was the SG clip but for a girl I wouldn't think it would matter. Ds only complained once about it in the SG and I just let him take it off since the belt fit was good. He needed the clip in the SGL to hold the belt down.

PWSG winter early 2011, 5.5 yrs old and about 46 pounds, 47 inches. He was turning towards me a little so the shoulder belt seems a little off. 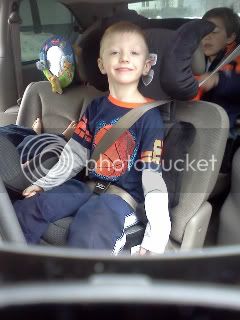 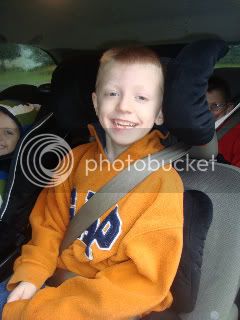 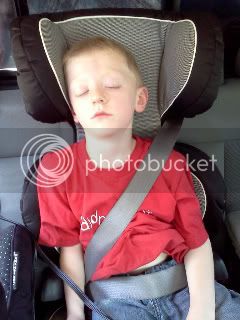 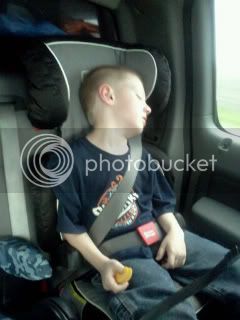 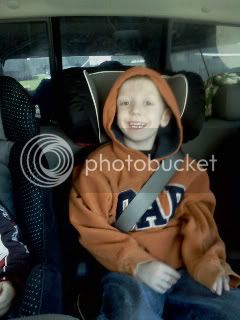 He only used the SGL those times pictured in our truck and I sold it to get something else because he was so slouchy and I wasn't happy with the belt fit.

The shoulder belt guides are different too?

I never compared the seats side by side, just by fit but there was a definite difference. Just like old and new Montereys.
T

Wish I had read this before purchasing the SGL. Tried ds in the SG at a local store and the fit was great. I ordered the SGL online because I assumed fit would be similar and I wanted LATCH. I am not happy with the fit at all. Lap belt is fine but the shoulder belt just sits WAY too close to the edge of his shoulder. I thought the arm rests on the SGL were lower and were supposed to help the fit. I'm bummed. Too late to send it back and am just not liking it at all. DS loves it but guessing I will try to sell it locally and buy something different.