How does this look?

I rearranged car seats again today and DD5 (4.5 years, 38 lbs, 41 inches) is now in the FR85. How does this look? Is it too reclined? Is the gap between the seat and the vehicle seat okay? 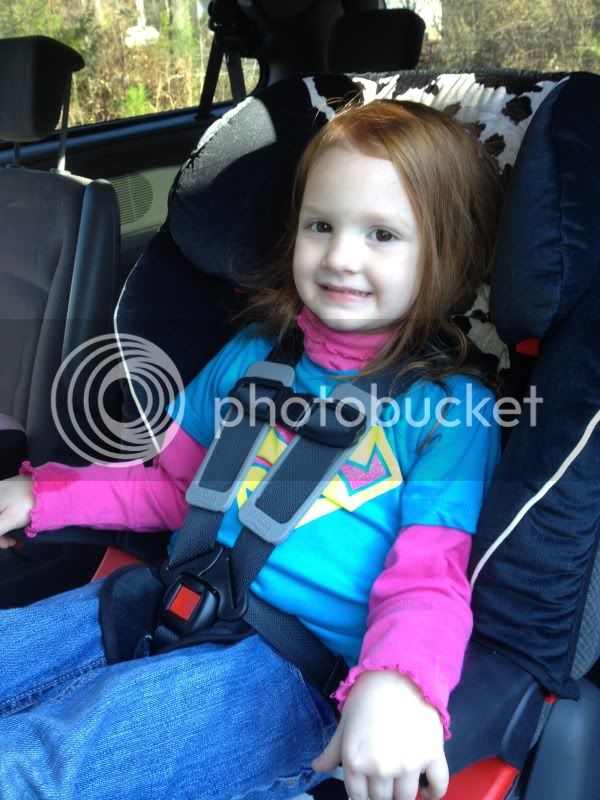 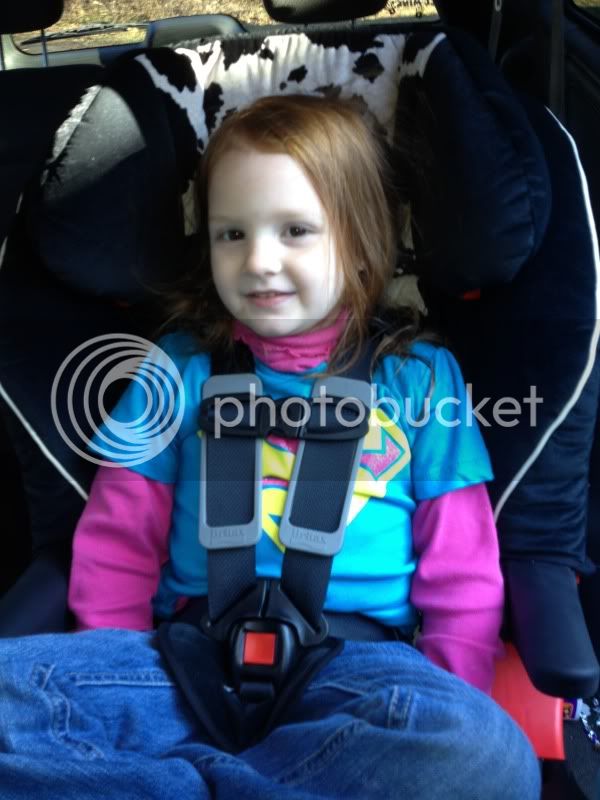 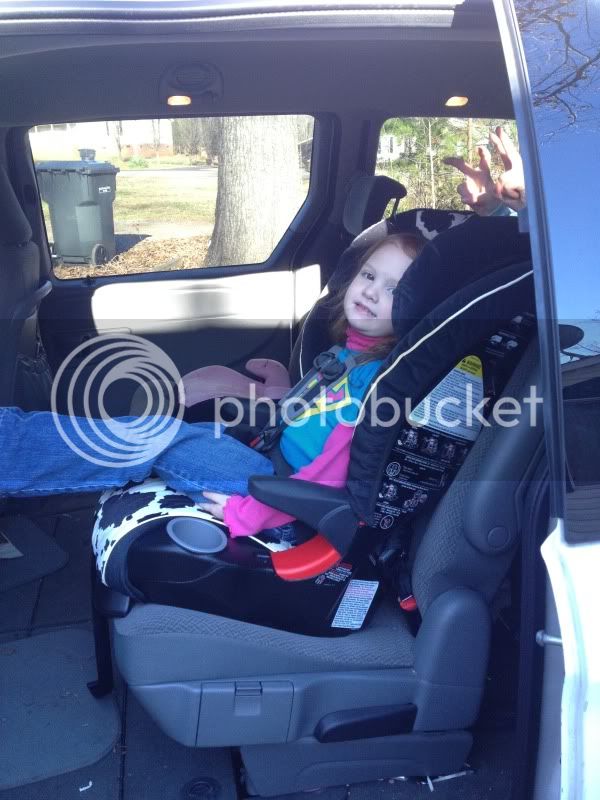 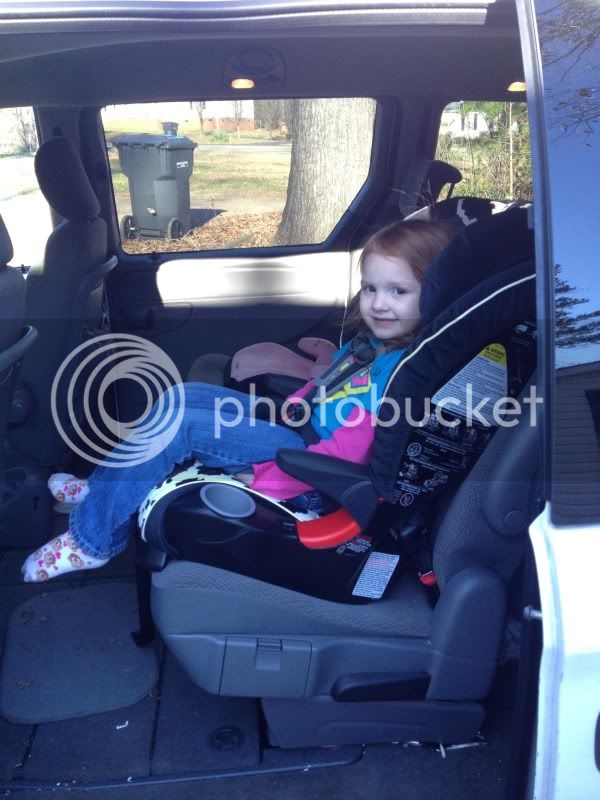 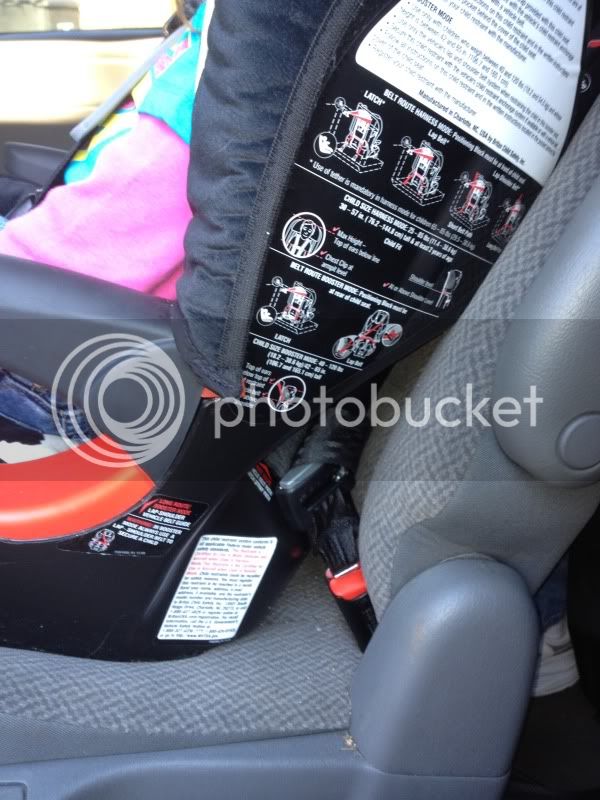 It looks too reclined to me personally. How many clicks is your vehicle seat reclined? This is exactly what happened with the Frontier85 in my van and that is why I sold it. A forward facing seat should be installed as upright as possible and I just got a better install with the GN and ProSport

I used my knee to push the seat against the back of the car seatback... Have you tried installing with seatbelt?

It's one click back. It looked worse in the most upright position (which is still pretty reclined compared to other seats). I'm going to try with the seatbelt and see how that goes. We will eventually need the seat in dh's truck due to lack of shoulder belts and head rests and the need to keep one of the girls harnessed as long as possible in there but I was hoping to use it in my van in the meantime. I really like the seat!

It looks too reclined to me as well. I'd swap LATCH out for long belt path, that should help in getting it a little more upright (use your knee to push back at the edge of the FR85 and the other knee in the seat pushing down). It may leave you with a bit of a gap towards the back/bottom, but the gap is fine as long as the install is otherwise acceptable.

I'm not sure what year your Chrysler/Dodge is (I *think* that's what vehicle that is...), but this is what the install looked like (upright) with LBP in my old '09 GC (it was rock solid, even long-term):

I have my FR in the same spot in van with LBP. I don't know if I have a pic or not bug I'll take one when I go out.

It's an 07 grand caravan. It's freezing and I was in flip flops and had the dogs out with me but here is what I got:

I dont know if it's much better if any but this is the best I can get with the seat upright. It is in solid though. No movement.

It could be "illusion" since there's no one sitting in the seat, but I do think it looks a little more upright with the LBP.

Mom2FiveGirls said:
I dont know if it's much better if any but this is the best I can get with the seat upright. It is in solid though. No movement.

I think this looks better :thumbsup:

It won't stay tight with the lbp. AHHH!!!! I guess its the angle or something, but it seems rock solid, but after a couple days I noticed it felt loose and sure enough, I could push it and loosen it even more. I tried several times and could not get it so it was solid and would stay that way. I tried installing it with LATCH again, but couldn't get rid of the gap and it was still too reclined for my liking, so I gave up. I put the frontier in DH's excursion, which is where it was going to end up eventually. I was just hoping I could use it in my van for a while first. So for now DD5 is back in the MA70.

Also, a bit of gap between the back of the car seat and the vehicle seat isn't a big deal provided the install is tight.