So, we recently bought a 2013 Dodge Grand Caravan Crew. I read a ton about booster compatibility in the 3rd row, and I was prepared for some difficulties with car seats in that row....

However, I assumed from prior posts that the headrests were removable which can help with compatibility. I even found a place in the manual that states second and third row headrests are removable, but no where can I find instruction on how to do so. The middle headrest in the third row removes and adjusts with the traditional button on the post. However the rest are non-adjustable and appear non-removable.

The 2011 changes included what they're calling "super stow n go" which made it have less steps apparently. The headrests fold down in the process and have to be put back in place when the seats are raised. I wonder if the lower trim (AVP I think?) without stow n go have all removable headrests and that's why it's referred to in the manual?

Here are a couple pics of what my headrests look like. Anyone else have these? They fold down but otherwise don't adjust at all and the metal posts look to be pretty permanently connected inside from the little I can see. Have you figured out a way to remove them that I am just missing somehow? It you have a 2010 or prior, do yours even look like this? 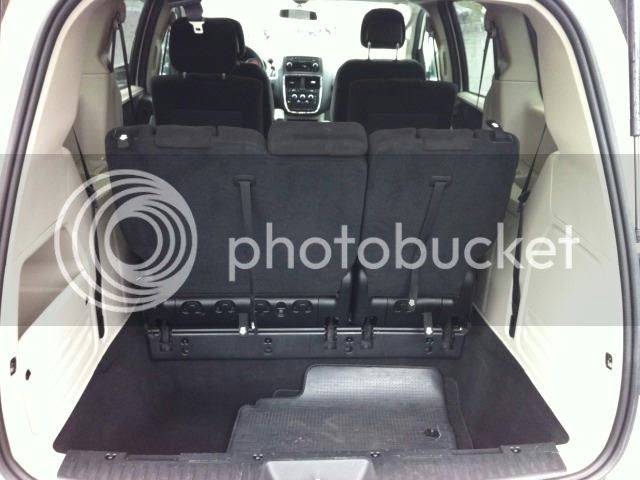 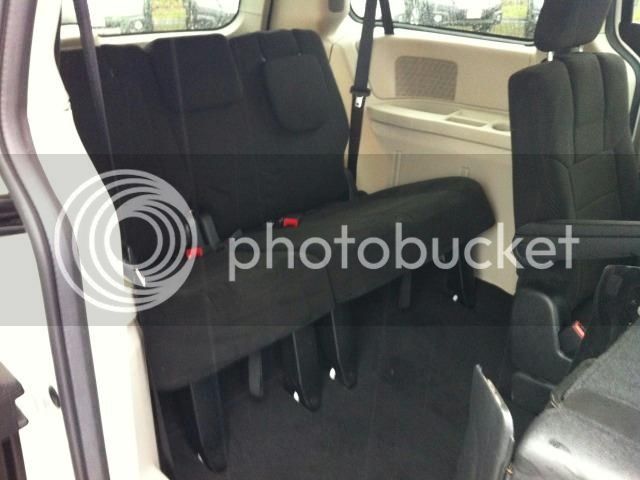 I have seen those, and they are a pain. I believe we ended up leaving them down, but it was a harnessed seat, I think in the 2nd row.

They are non-removeable, I'm pretty sure. And different than what's in other models, though I have no clue as to model year or trim level in terms of when they are offered.

What seats are you attempting to make work?

canadiangie said:
What seats are you attempting to make work?
Click to expand...

So far they haven't interfered with my harnessed seats but I have one off-center with LATCH and the other RF. The headrest is causing a gap with my KWP in booster mode (I posted about that in the installation forum to see if it was incompatible with the gap as is). Because of the funky seat belts back there, this is one of the only boosters I've read that works - but I didn't realize my headrests were this style. I know someone on this board used a KWP in the same position in her 2010 but her headrests are removable.
Share:
Facebook Twitter Reddit Pinterest Tumblr WhatsApp Email Share Link