Comparison of Side Height of Convertibles

There's been a great deal of discussion on the forums lately about which seats are easiest for loading/unloading larger rear-facing children. I was interested in getting some "hard data" that would help parents and caregivers compare the difficulty in lifting children into rear-facing convertibles.

A few notes on methodology:

1. I placed each seat on a flat surface (the floor of the store, or a horizontal shelf) and put the seat in position for rear-facing installation. For those seats that have multiple recline positions for rear-facing, I put the seat in the most upright allowed position, since this level of recline would be more likely to be used by older children. Some seats allow any position that places the recline indicator in the correct range. For the Chicco Nextfit, I used position 2 because this is the most upright position that works in my car. For the Clicktight Marathon, any position is acceptable so I just placed it in the position that provided a recline that (when placed on the flat shelf) was in the middle of the "baby" and "toddler" range for rear-facing.

3. I measured the height from the shelf up to the tallest part of the side. In some cases, the side was pretty consistently the same height. In other cases, the side sloped much lower than the part that was measured. Since all of these seats were placed on the flat ground, your mileage may vary as far as actual ease of loading/unloading. Depending on the slope of the vehicle seat and how much pressure is used (and in what part of the seat) while installing the seat, the height of the area where the child is actually being loaded may be different from the tallest height measured.

4. It is important to note that I did not measure the height from the seat pan to the top of the side. I considered this, but decided that the most important part of loading/unloading is getting the child over the side, so I focused my measurements on the overall height of the side. 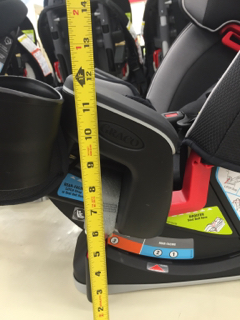 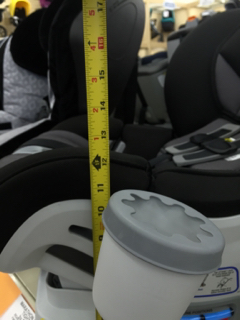 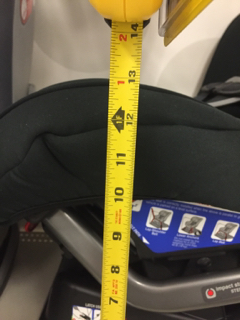 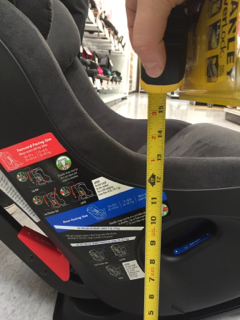 Graco Extend2Fit ~13" (The floor model did not have the cupholders installed -- the extra lip of the cupholder is small, but might add a little more height.) 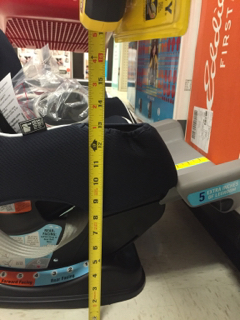 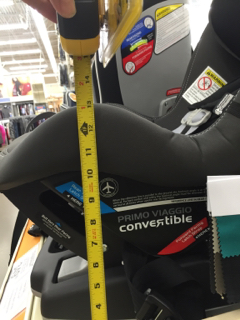 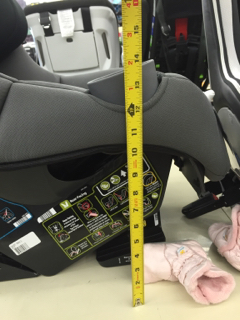 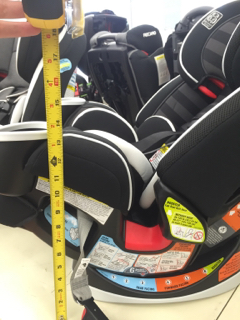 Graco Size4Me ~14.25" (Sorry, I only measured the side without the cupholder -- not sure whether this would be different on the other side.) 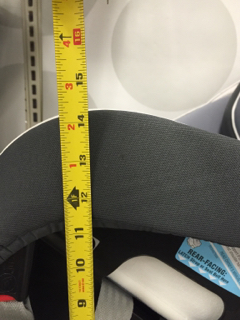 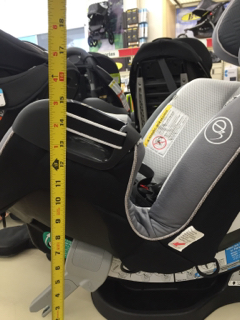 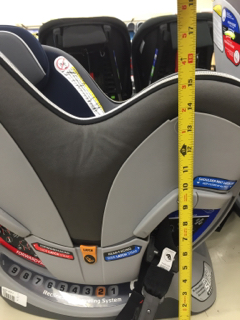 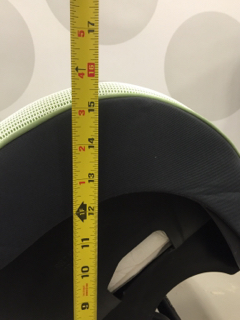 After originally writing this post, I found out from several forum users that the inside height (the "drop" from the side to the seat pan) is what matters more to them as far as ease of loading/unloading. I am hoping to update with some additional measurements soon!

I brought my trusty tape measure back out to all the stores and got a rough "inside side height" measurement of the drop for each seat. It was recommended to me that I measure straight up from the hip area, and so this is what I did. All seats were placed on flat surfaces and put into the same reclined positions as above. I placed the tap measure in the corner where the seat pan and the seat back meet and then held it vertically and measured to where it emerged from inside the walls of the restraint. 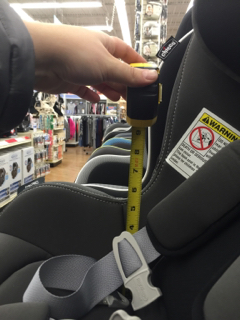 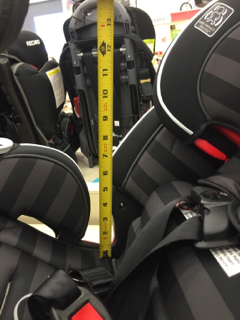 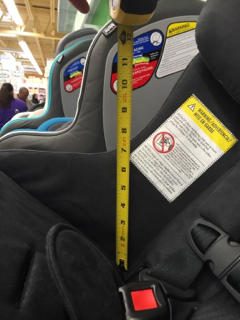 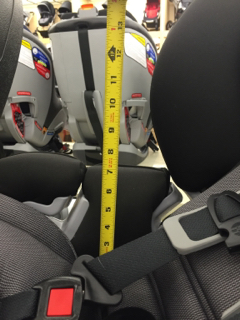 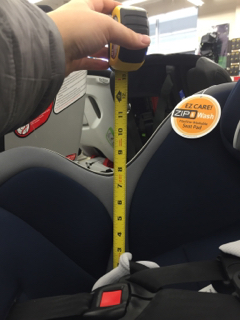 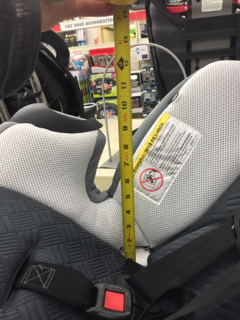 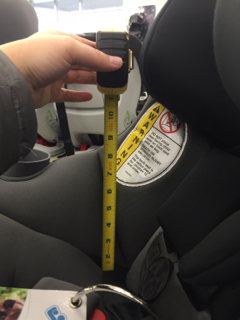 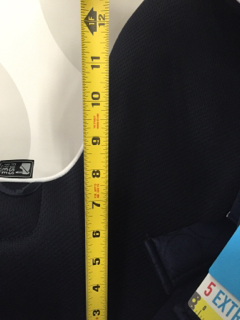 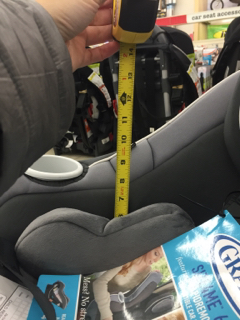 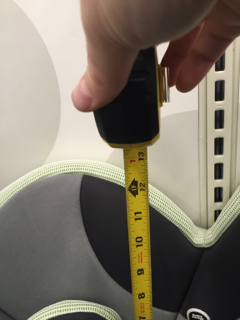 The shape of the seat (particularly those that convert to belt-positioning boosters) varies so much that direct comparisons of the measurements is probably not going to give an accurate picture of how it "feels" to load a kid into each of these seats. I am hoping that the pictures are more helpful and give a better idea of the range of seats out there.