I don't actually have LATCH, so I'm waiting for my sister to come visit before I can test out the LATCH feature.

I know Darren did a review already that covered the basics, so I'll just add my thoughts and some pictures. My model is 5 years and 8 months old, weighing in at a whopping 40lbs on the dot, without shoes. He's a short torsoed lightweight, a car seat lovers dream. Vehicles are a 2000 Chevy Malibu and a 2003 Ford F350 quad cab. 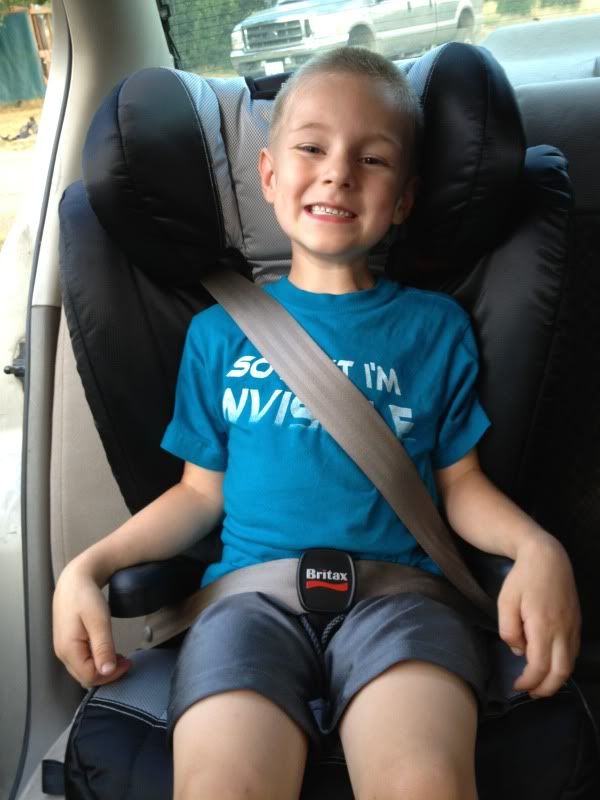 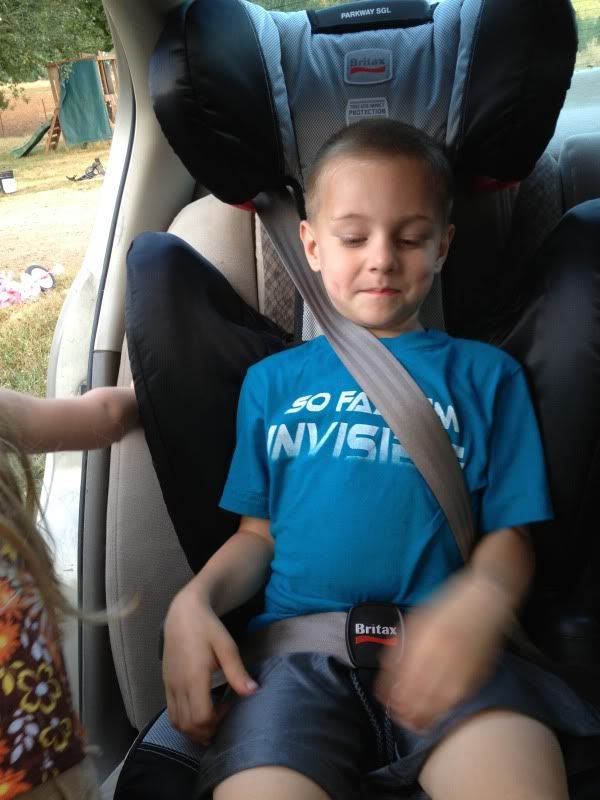 On the highest setting, the headwings came in contact with the side of my door frame. 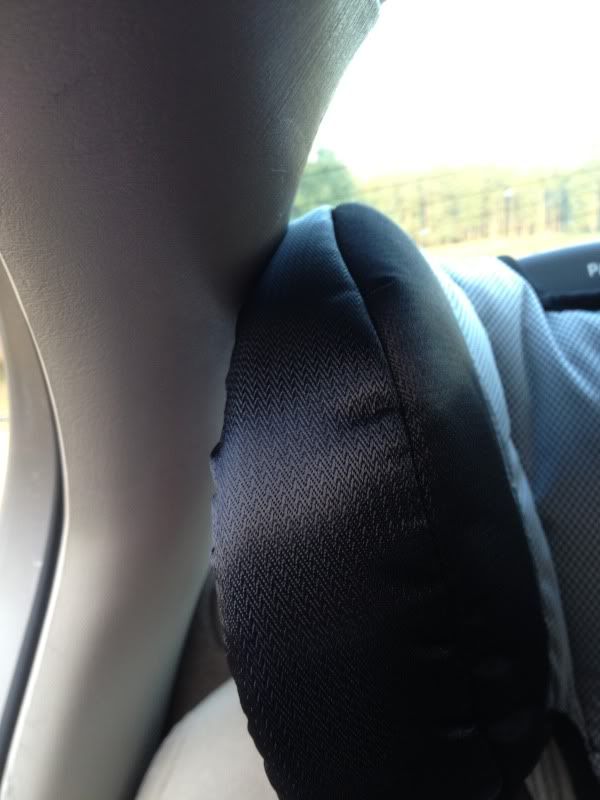 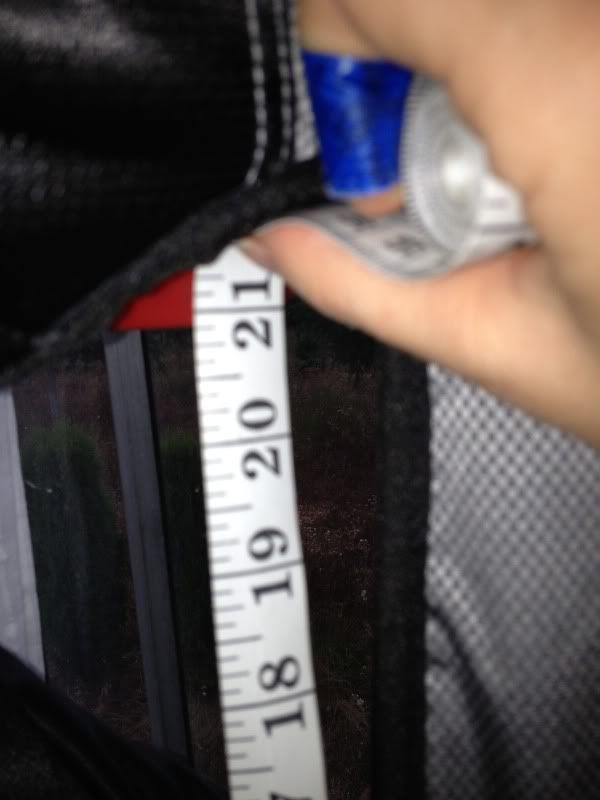 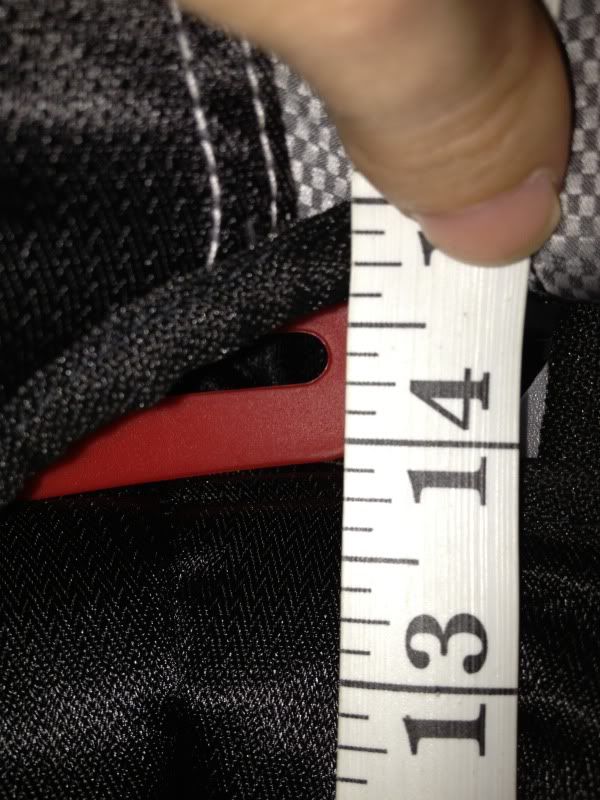 Torso wings, the widest part of the seat 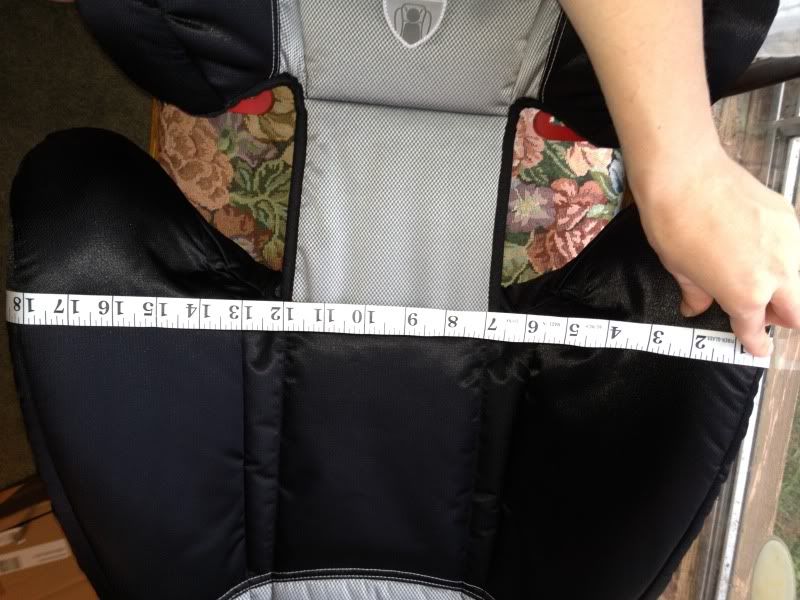 Widest part of the bottom 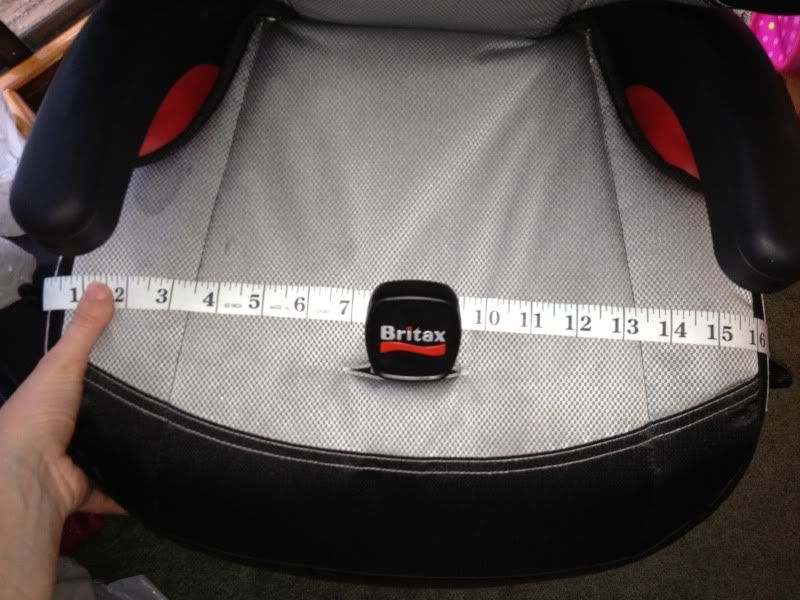 Depth of the seat 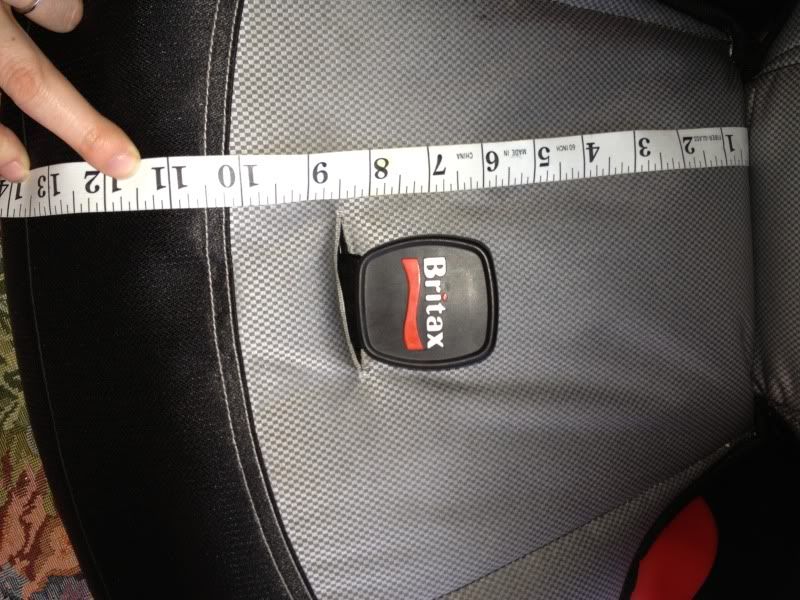 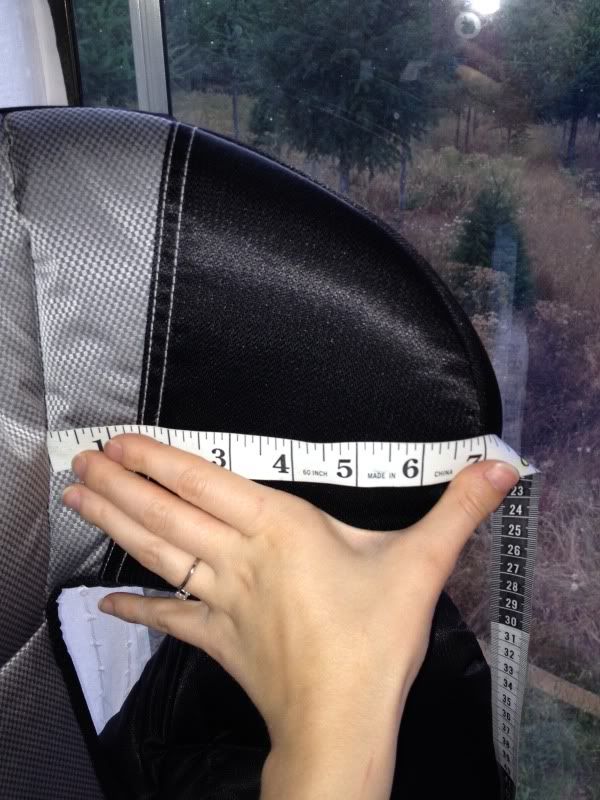 Sleeping on a different day 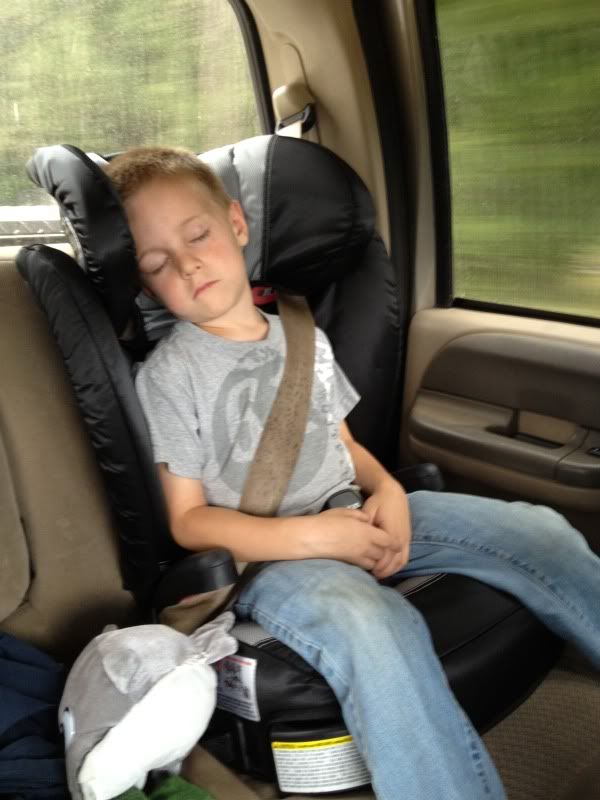 Overall, we like the seat. It's very well padded, I love how deep the sides are and that it doesn't require vehicle headrest support. The belt fit in my DH's pickup isn't as good as in my car. The picture above of him sleeping is the '03 Ford, and right after taking the picture, I woke him up and told him to lean the other way, I felt like the belt was too close to the edge of the shoulder.

I love the Secure Guard clip, especially for my little guy. He's never shown signs of slipping under the belt in any other booster, but that extra step of protection does give a little peace of mind.

The SafeCell technology is intriguing, and if it works as it claims to work, again, that extra level of protection just can't be beat.

One thing Colton doesn't like about the seat is the arm rests. They are pretty low and short and he can't comfortably use them. One thing I didn't like was, I found the Secure Guard clip to be very difficult to remove to adjust the length. It wasn't as simple as turning it sideways and sliding it through the slot like the manual showed. There was a lot of tugging and scraping involved for me. Also, it was very difficult to get the seat back to lock upright.