Well, DH had a change of heart and today we did get the 2003 Windstar I have been looking at. Blue book for it is $7500 and we got them down to $5300 and we got $1000 trade in for DH's 1995 barely alive not worth much Camry. So, a really good deal. The driver's side slider doesn't work, as in won't even unlock. They said they will fix it so it opens manually but will not replace the motor if it is the problem. A bit disappointed, but I will get over it.

There were 2 others, but this is the one I am most concerned about at this time. First of all, how do I find out if it has been performed? I paid for a carfax out of pocket and it only mentioned this one but didn't say anything about if it had been done or not, just said exactly what the link says. I thought the carfax report should have that info...so I am thinking that means it isn't. My other question about that is does it sound like it is the LATCh system that has a problem or the latches the hold the seats in the van? I was confused by that, so if anyone has had this recall fix, maybe you know?

So, not a van that the kids will be riding in until everything is squared away, but at least DH or I will have something to drive to work and leave the other with the Freestar and car seats instead of one of us being stuck and home with only his "no way are the kids going in that" car.

Staff member
Congrats on the new to you van. From the recall's description you linked to, it sounds like the latches connecting the second and third row vehicle seats to the vehicle floor are involved, not the lower LATCH anchors. :twocents: It should be possible to have a Ford dealership or Ford corporate (800-392-3673 in the U.S. or 800-565-3673 in Canada) look up your van's recall repair history using your van's unique VIN (vehicle identification number) to determine if the recall fix has been done or if it still needs to be done ASAP.

If its the Lower Anchors, then I would personally switch to using a seat belt and not even bother getting the recall fixed, as how do they fix the LATCH anchors properly, which from my understanding are part of the seat frame. Because if they could fix them, they can add them....and we all know thats not safe....kwim?!

Jeanum said:
Congrats on the new to you van. From the recall's description you linked to, it sounds like the latches connecting the second and third row vehicle seats to the vehicle floor are involved, not the lower LATCH anchors. :twocents: It should be possible to have a Ford dealership or Ford corporate (800-392-3673 in the U.S. or 800-565-3673 in Canada) look up your van's recall repair history using your van's unique VIN (vehicle identification number) to determine if the recall fix has been done or if it still needs to be done ASAP.
Click to expand...

That is how I understand it also, but the fact that it says "CHILD RESTRAINT ANCHORAGE SYSTEM" makes it sound like that is not the case. Everything except those 4 words is pretty clear that it is the latches that attach the seats to themselves to the van Glad to know it sounds that way to you too. I so hope this has already been taken care of, so that it will not be as long before I can really start using the van.

Oh and as far as the LATCh system goes, I had a concern about that also that I forgot in my original post. There is some plastic portion in the holes in the fabric where the lower anchors are and the lower anchors are not quite sticking our of the holes like they are supposed to. I can feel them and they are about an inch from the fabric. Any ideas on what the plastic is and how to get the lower anchors lined up so they can actually be used. I know that seat belt installs are just as safe, but I do prefer LATCh installs and would like to be able to use the system until the kids reach the 48lb limit. I will have a Frontier and a MA in this van, not looking forward to when I will HAVE to do a belt install on the Frontier (11lbs to go, so it should be awhile) and I love the ease of the MA LATCh install.

Staff member
No idea on the plastic you're describing, sorry. Pictures would be helpful for us to have a look-see, especially other Windstar owners who could compare to theirs. Perhaps that is a LATCH related recall after all and what you're describing is in need of fixing? Please post back when you find out more about the recall and your van's status with regard to the recall fix. Ford corporate might be closed tomorrow, Monday, Feb. 15, for President's Day but dealerships should be open for business to contact if you weren't already able to do so.

yes please post pictures. I'm not sure of the plastic you are talking about.

Here are some pictures of the Latch Anchors I have in my van. On the Back bench seat. 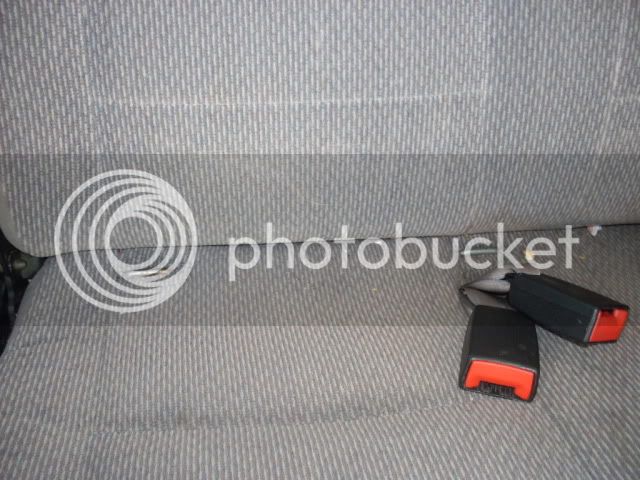 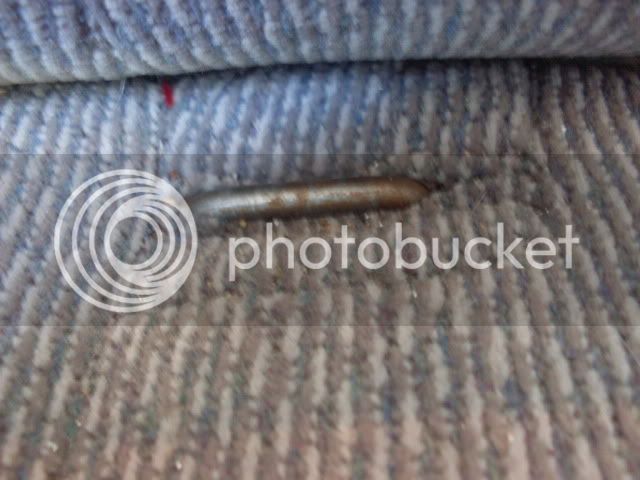 Mine have the fabric sewn under them so that there is no gap. 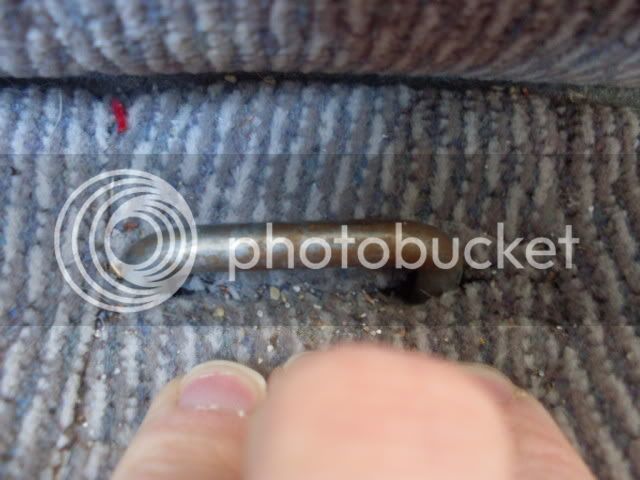 ETA: Ugh please ignore the crumbs.....ick I need to clean my van...

I called Ford's 800 number and it has no open recalls, she didn't know if any had been taken care of or if it had never had any. Basically her info was that if there were any ever they have been fixed. Works for me! I am dropping it off on the way home from work this morning and once I get it back I will take pics of the Latch and see if I can figure out what is going on there.

Looks like I need to buy a new car seat....darn

Oh, just an FYI. Ford has a different way to attach the top tether. It has to go on almost upside down....It shows you in the manual.

Shanora said:
Oh, just an FYI. Ford has a different way to attach the top tether. It has to go on almost upside down....It shows you in the manual.
Click to expand...